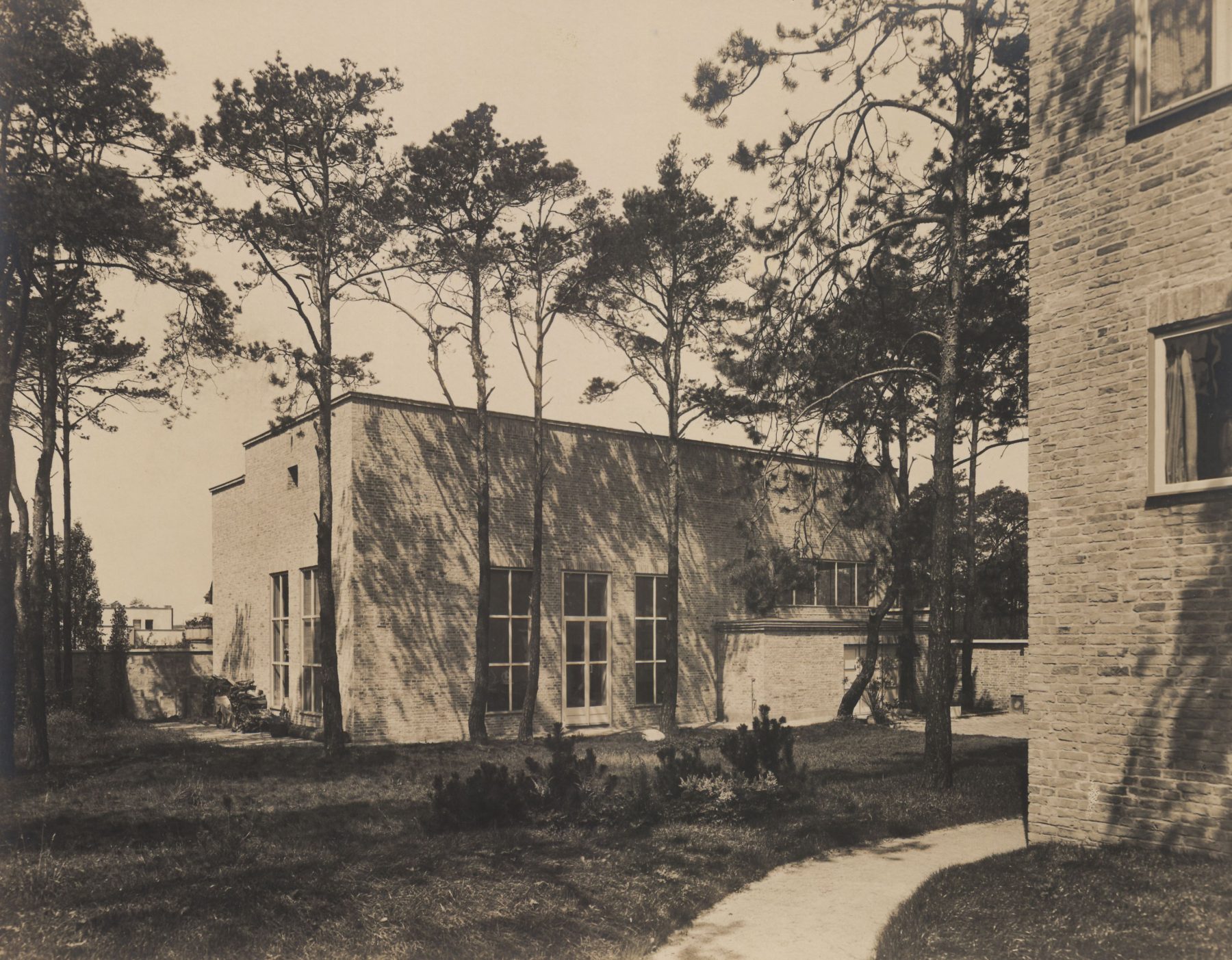 When planning the ensemble of houses comprising Georg Kolbe’s studio house and residence, architect Ernst Rentsch was sensitive to the existing landscape situation. The property on the edge of the Grunewald forest was crisscrossed by a former forest path flanked by tall pine trees. Faced with this task, the architect decided to erect two buildings along both sides of the distinctive vegetation. In this way, an existing natural space could be preserved and cultivated. Protected from being viewed from the outside and connecting the two structures making up the ensemble, it served Georg Kolbe as a sculpture garden and his family as a private recreation area.

When today’s Museum Garden was still a patch of the Grunewald forest, ferns, grasses and flowers native to wooded areas grew there alongside wildly rising trees and shrubs. Working closely with his client Georg Kolbe, Ernst Rentsch took this origin of the building land into consideration when designing the building ensemble. Instead of erecting a large building, as initially planned, which was to contain both a studio and living spaces, the plans were adapted in keeping with the special features of the site. Flanking the old forest path, two buildings were planned that faced each other. Preserved in this way and integrated into the ensemble, it not only directly linked nature to the studio and living spaces, but also served the sculptor as a sculpture garden where he set up works on a rotating basis, in part to be able to study their effect in the outdoors.

In 1935, a sculpture courtyard was added to the garden, where the sculptor from then on tested the presence of large-scale sculptures in an outdoor architectural setting. Defined by walls and pillars, the courtyard functions as a transitional area between architecture and nature as well as the two buildings belonging to the ensemble. The latter are connected by a wall that separates the garden from the street. While the modernist architecture clearly dominates the appearance on the street side, the character of the interior is essentially determined by the garden. This was created with the simplest means, but a great deal of attention to detail. Looking at early plantings, it is evident that Kolbe endeavored to retain the natural surroundings of the area as a wooded section of land. He thus continued to allow the wild growth of birch and maple trees here and preserved the original character by maintaining and cultivating ferns and forest grasses. Kolbe supplemented this vegetation by planting Madonna lilies and martagon lilies, which reminded him of his deceased wife, as well as wild roses and blue roses as climbing plants, which the couple had enjoyed on their vacations together in Italy.

After the garden underwent an initial restoration in 2002/03, a second restoration was carried out in 2020. With the aim of returning the design to the original appearance of the former woodland, a number of plants were removed that had been planted after Kolbe’s time, for example rhododendrons and azaleas. As a result of garden’s most recent makeover completed in 2021 by the landscape architects Coqui Malachowska Coqui and made possible with funds from the Stiftung Deutsche Klassenlotterie, the garden of the Georg Kolbe Museum has regained its natural landscape character while also pointing back to the time when Berlin’s Westend district was still situated on the outskirts of the city.