Georg Kolbe (1877-1947) is one of the protagonists of modernist sculpture in Germany. His life led him from Waldheim in Saxony via Dresden, Paris, Munich, Rome and Leipzig to Berlin in 1904. In the pulsating cultural metropolis, the artist found his favorite visual theme: the human body in motion. Influenced by his memberships in the Academy of Arts and the Berlin Secession as well as by his numerous artist friendships, he was a vital part of the Berlin art scene. Some of his sculptures became icons of their time: his „Dancer“ and the „Dancer Nijinsky“, but also the portrait bust of Friedrich Ebert. He became internationally known for the figure „Morgen“, which was installed in Mies van der Rohe’s Barcelona Pavilion in 1929. This publication is dedicated to these and other outstanding works by Georg Kolbe and presents them in a richly illustrated manner. Accompanying essays invite readers to deepen their impressions of the images.

Look in the book 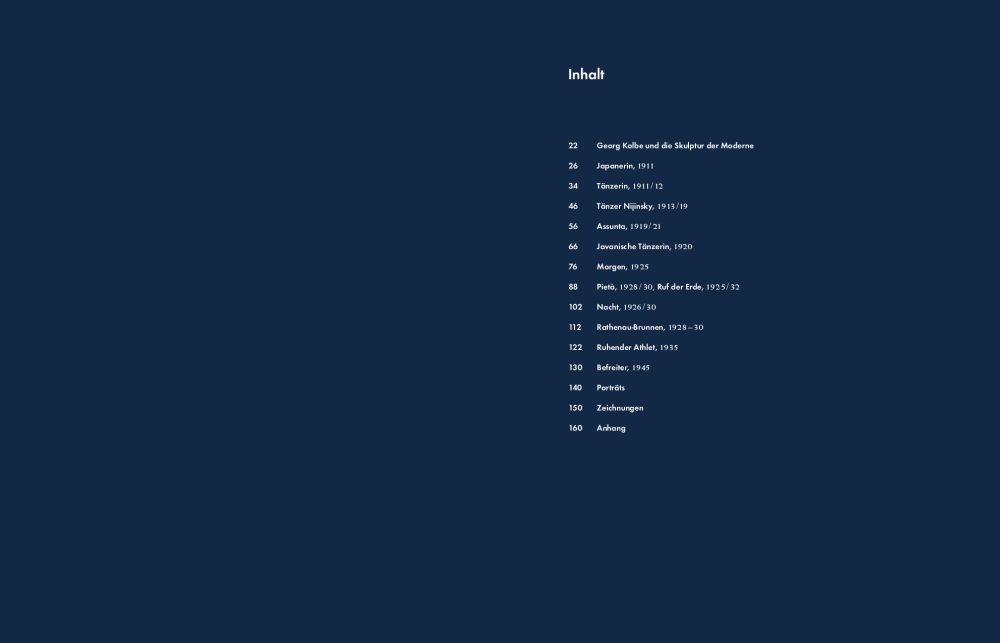 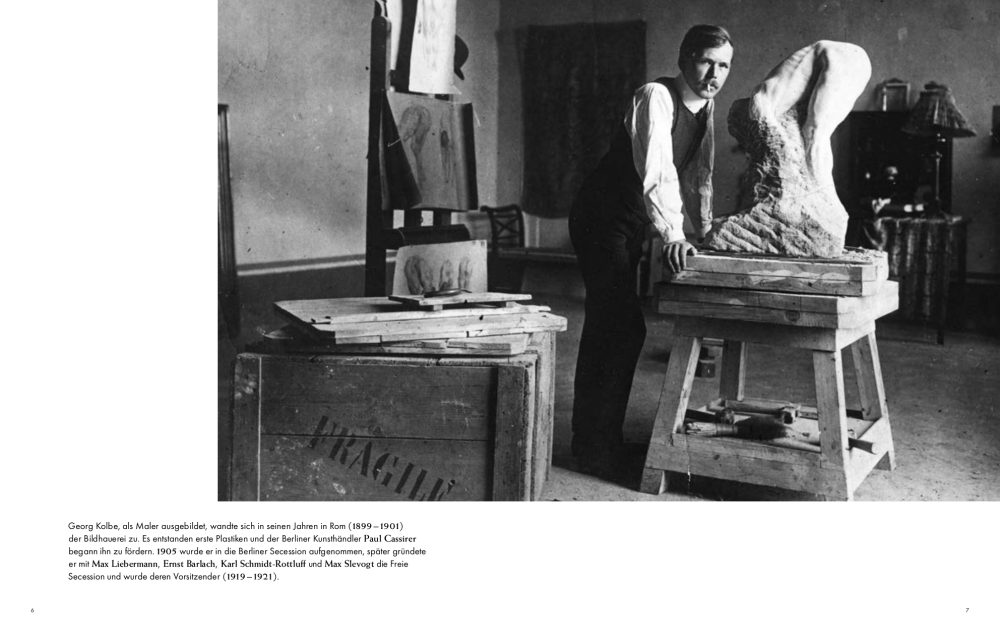 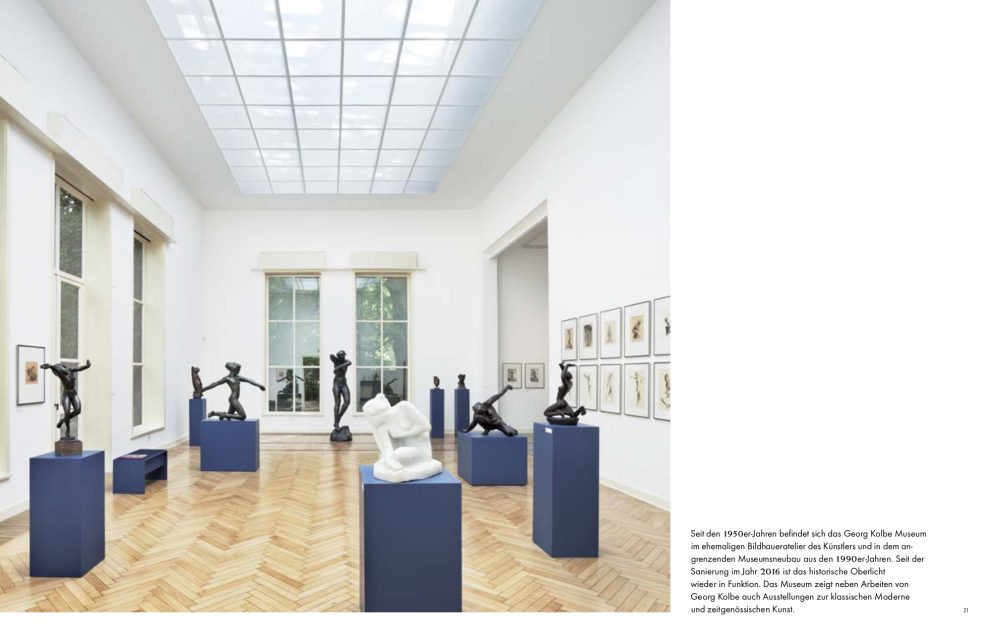 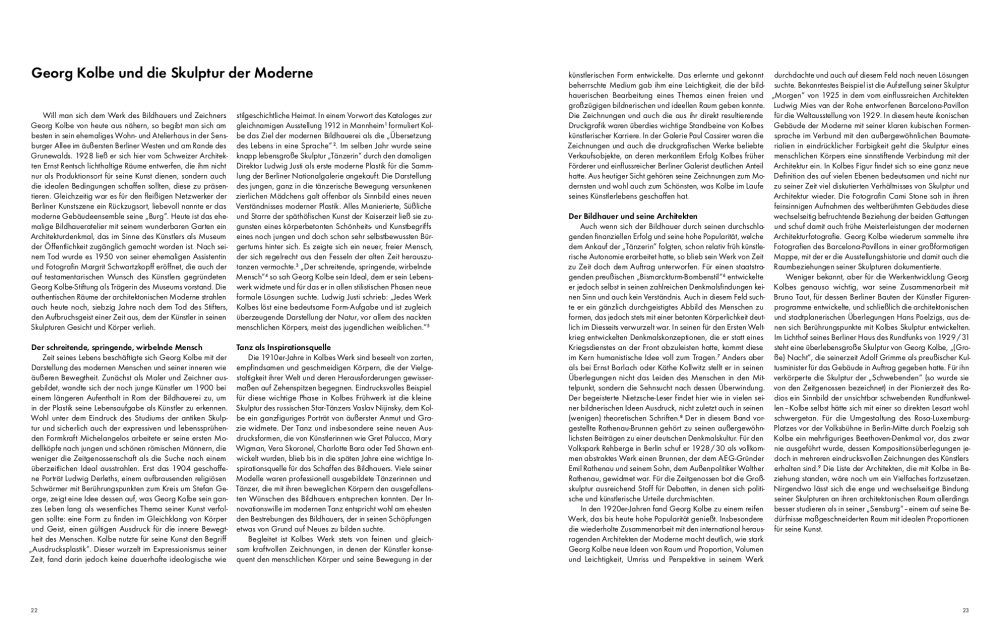 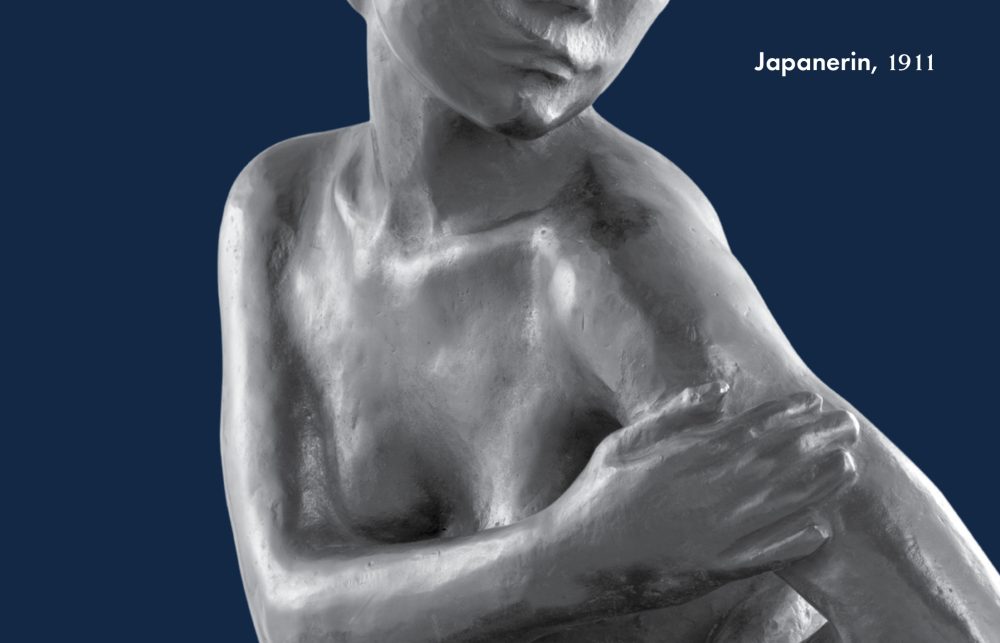 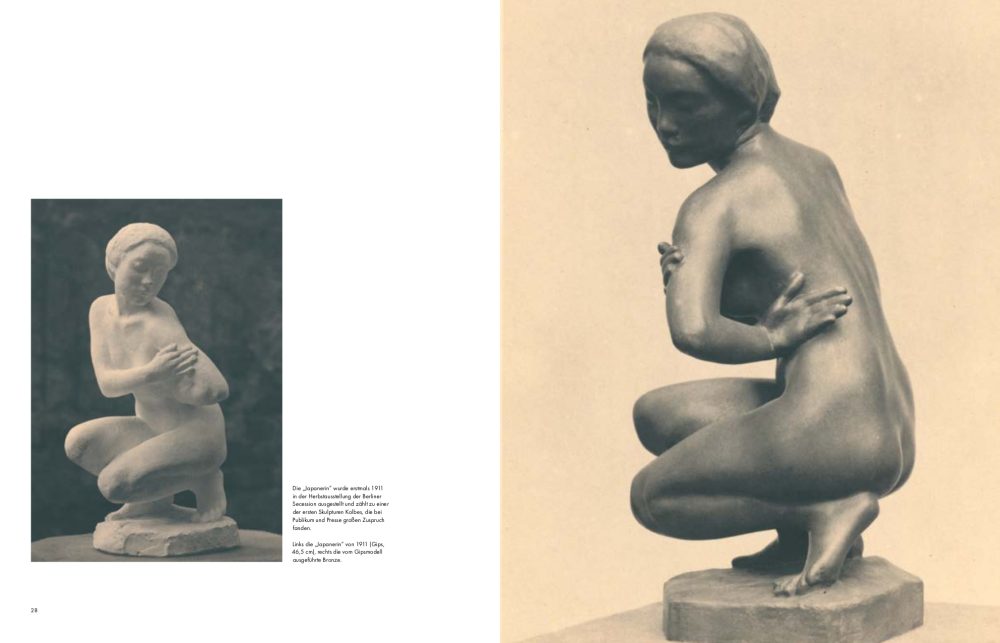 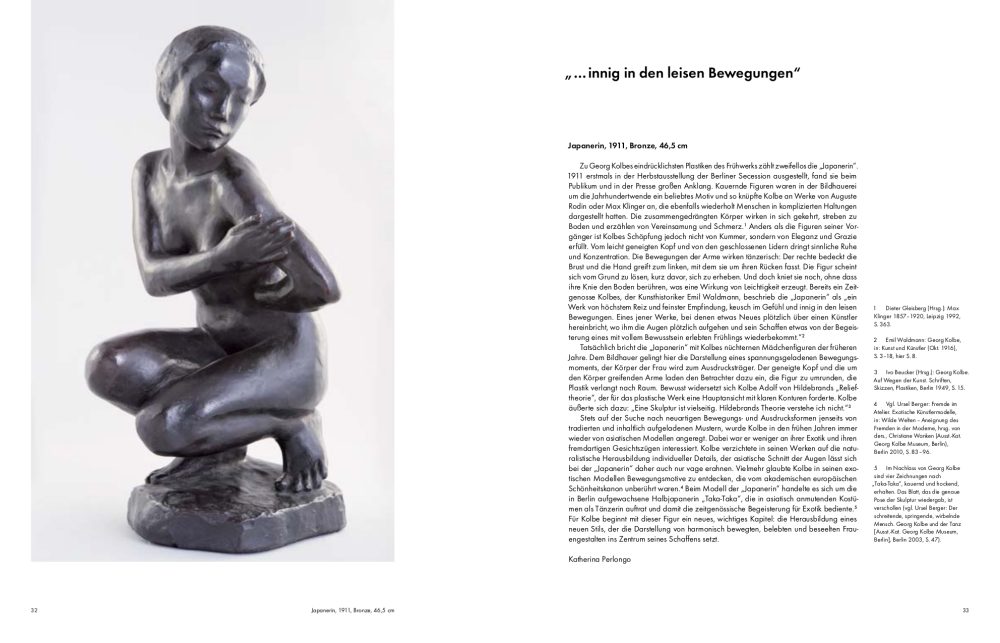